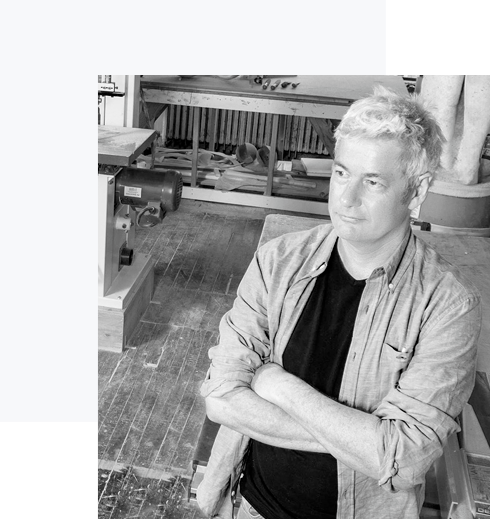 Both a cabinetmaker and a visual artist, Gildas Berthelot has forged a unique path in the world of contemporary design over the past 30 years. His vision and his experience give birth to sculptural furniture pieces that are also imaginary creatures, shaped thanks to his exceptional ingenuity in craftsmanship techniques.

Gildas Berthelot draws, designs and hand crafts each work himself in his workshop in Canada. His dual training as an artist and a cabinetmaker allows him to reconcile artistic creativity and technical prowess. The creative idea is refined progressively from the second to the third dimension, starting from the drawing, to the model and resulting in the finalized work.

Everything starts with the drawing, a medium that is an integral part of Gildas Berthelot’s incredibly precise and focused methodology. “While cabinetmaking requires many physical means: plans, templates, tools, and an extremely rigorous method, drawing is to me as much a form of introspection as it is a liberation. I like this contrast between the charcoal which slides freely on a sheet of paper and the strict organization of the tracing of a piece of furniture.”

After the drawing, Gildas Berthelot then creates a scale model, or a “volume in progress” of the future piece of furniture. “The model is a three dimensional sketch. Nothing is finalized until I create the plan.” 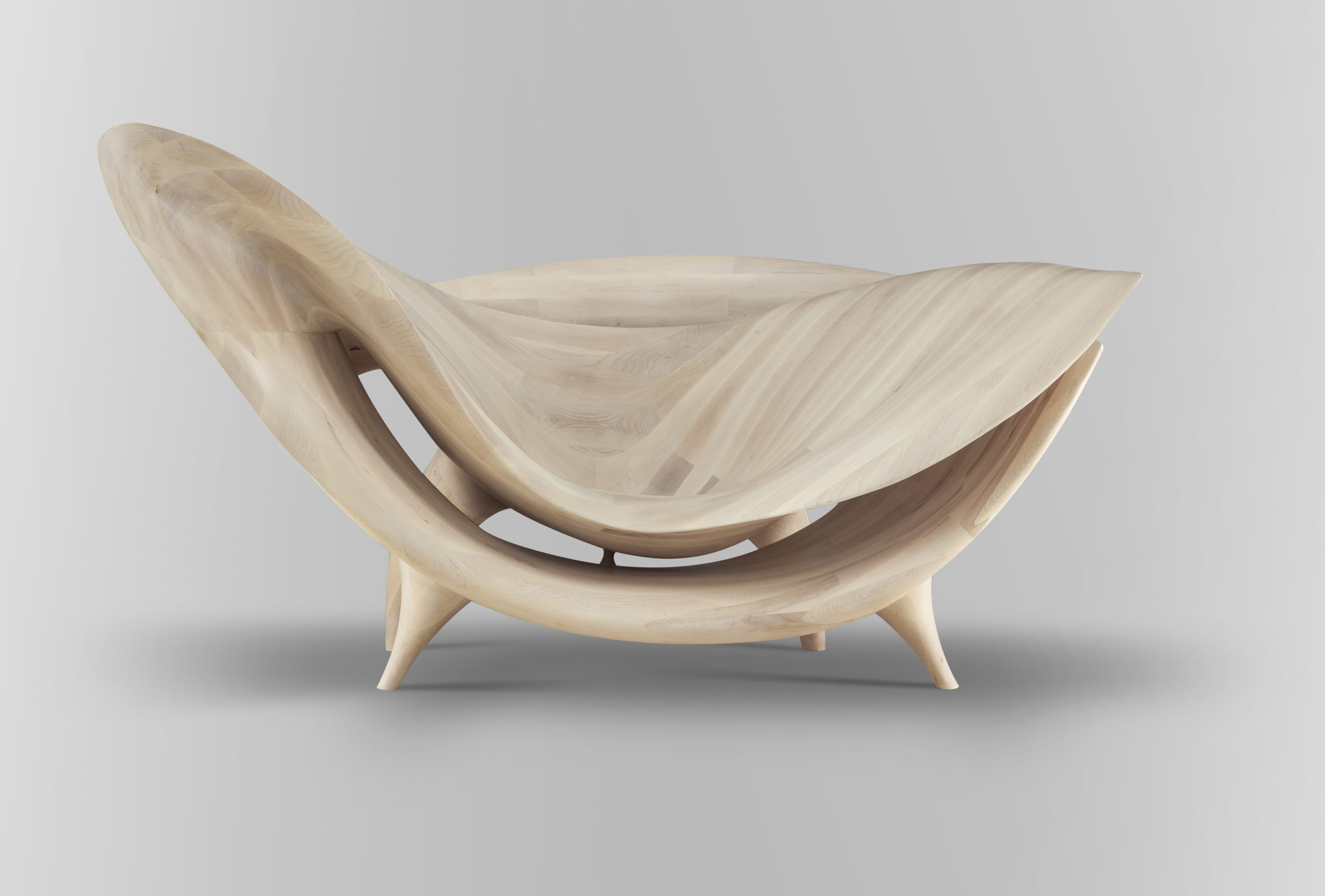 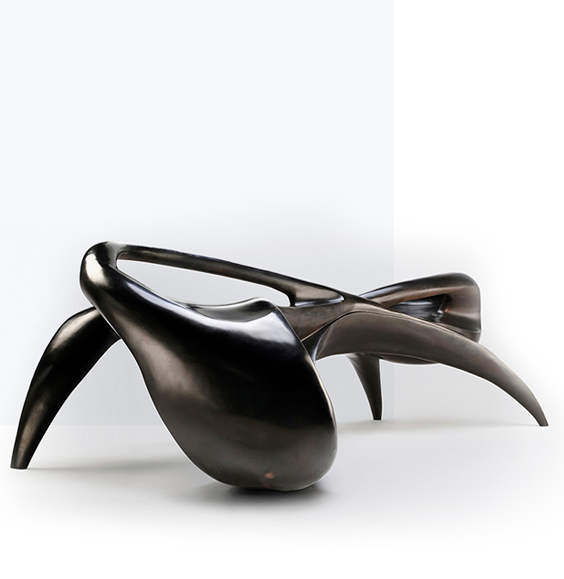 Gildas Berthelot’s sculpture uses living, natural forms whose rich arabesque-like shapes liberate his work from the usual typologies to invent new organisms. The play of curves and counter curves, the tangible sensuality of matter, polished wood or bronze, give life to imaginary bodies that also are fantasy creatures. His works are ellipses, both natural and supernatural, both incarnated and abstract. “My sculpture is first of all fiction in a real world.”

Gildas Berthelot was born in France in 1961. He is a graduate in Visual Arts from both the École Nationale Supérieure des Beaux-Arts in Paris and the Quebec University in Montreal. He learned to be a cabinetmaker when he was young in his father’s workshop and inherited his father’s passion and knowledge for the cabinet-making trade. Gildas Berthelot lives and works in Montreal, Canada. His work is included in the permanent collections of Quebec’s Fine Art Museum.